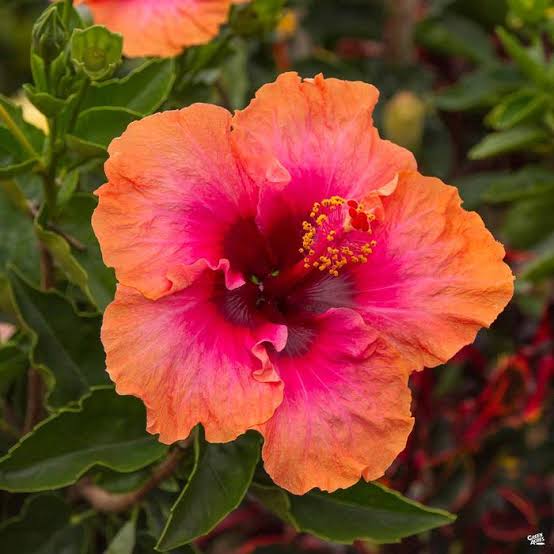 We all have our own trigger points which can make us lose our temper.

Sometimes, a person can appear calm and suddenly start shouting just because the waiter mixed up his order. Or a parent starts screaming at his child for a small mistake just because he had a bad day at work.

Many times, our anger is unnecessary and unjustified. It is a way of flexing our muscles and intimidating others, but it never has a positive long-term result. How many bad decisions have we made because we did not think through it calmly, but bulldozed to a decision because we are seeing things through a fog of rage? How many feelings have we hurt because of our indiscriminate rage?

Anger is contrary to what Allah likes, and those who hold their temper for Allah will be amply rewarded by Allah.

Anas (RA) narrated that the Messenger of Allah (SAW) said: “If one restrained his anger, Allah will keep His punishment from him (on the Day of Resurrection).” Related by At-Tabarani in al-Awsat.

Therefore a person may hold the tasbih in his hand, but if he cannot control his anger, he is not really personifying the message of Islam.

Narrated Abu Hurairah (RA): Allah’s Messenger (SAW) said, “The strong is not the one who overcomes the people by his strength, but the strong is the one who controls himself while in anger.” (Bukhari)

Remember that even the other person’s behaviour is ordained by Allah. So if something has happened and the damage is done, it was already written for us and is part of our destiny. There is no point freaking out over the situation. Once you see red, Shaitan will stoke your anger, and this will increase your arrogance. This is why in order to cool your anger down, you turn the opposite direction towards Allah:

Mu`adh bin Jabal (RA) narrated that one of the two men cursed the other next to the Prophet (SAW), until anger could be recognized in the face of one of them. So the Prophet (SAW) said:“Verily, I know a statement, that if he were to say it, his anger would leave: ‘I seek refuge in Allah from Shaitan, the rejected (A`ūdhu billāhi minash-shaiṭānir-rajīm).’”

Anger is not the quality of the angels. It defeats all aspects of humbleness and eradicates the ability to make fair and just decisions.

‘Abd al-Rahman bin Abi Bakrah (RA) reported on the authority of his father that he wrote to his son: The Messenger of Allah (SAW) said: “A judge should not decide between the two while he is in anger.” (Abu Dawwud)

The moment you become angry, take hold of yourself and cool those embers down.

Narrated Abu Dharr (RA): The Messenger of Allah (SAW) said to us: “When one of you becomes angry while standing, he should sit down. If the anger leaves him, well and good; otherwise he should lie down.” (Abu Dawwud)

Allah will not change your condition until you change yourself. Complaining will get you nowhere – in fact, constant complaining and ingratitude will cause Allah to snatch His bounty away from you. If you are appreciative of Allah, you would thank Him constantly and He will actually reward your appreciation by increasing the bounty on you.

There is no one single way to approach everyone. Different people have different qualities and respond differently to the same thing. Rasulullah SAW was adept at identifying someone’s strengths and allocating the right task to that person. However no one is perfect and no one will be free from mistakes.

Sometimes at work we look at those junior to us and get cross at the amount of mistakes they are making. However, do we recall the mistakes we made when we were at that age? How did our seniors respond? Which one was more constructive: the one who helped you fix that mistake, or the one who yelled at you and exposed your mistakes to everyone?

You are far from perfect. Do you think that you never misbehaved as a child, or offended a friend without realising it? Do you think that you always behaved politely to others? So remember to be merciful to others the way you want Allah to be merciful to you, and forgive others the way you want Allah to forgive you. Don’t nurse your anger overnight. How many times have we woken up with our hearts burning with fury, when the person causing us the anger probably had a sound night’s sleep?

There are many types of wudhu (ablution) for many conditions – salat, cooking, repentance etc., all of which are to cleanse and purify us. How can we make wudhu when we are still fuming? This is totally inconsistent with the attitude of a mu’min. How can you be a nice person if you are looking at the mistakes of others and getting inflamed over their wrongs?

Persevere on your journey and sooner or later Allah will open the path for you. Most of us try a couple of times and then hope for the conditions to change immediately. When they don’t, we lose patience and give up. In school or university, we can spend a whole year on a single project, but with our journey of iman, we demand immediate results. So if there is no obvious result, we don’t continue.

Even if the condition does not change in dunia, you don’t know what Allah has in store for you in akhirah. It could be that a single act of forgiveness is the key to your paradise.

Even when we ask for forgiveness, we do it half heartedly and with arrogance. What is the point of asking for forgiveness while at the same time you are rolling your eyes at the person?

Deal patiently with ill-mannered people, and you will find that Allah will hand you something better. If someone is treating you rudely, remember that Rasulullah SAW was pelted with entrails while praying in front of the Ka’bah. It is not likely that your situation is worse.

Remember that before the reward comes the effort and the trial, and with the trial comes ease.

Why do the majority of the ummah, in the most blessed days and hours, behave badly? Instead of harvesting the blessing during these times, we complain, lose our tempers and are caught in arguments over silly things. How many couples, in the final few days of Ramadan, quarrel about the festive menu or the clothes? Zikr is not just reciting tasbih. It is also evidenced by our behaviour and how we guard and respect our behaviour with others and with Allah.

Reading this article is the easy part. To live it is difficult. Our nafs and ego are high, our bad habits are second nature and our good manners are scant. The material life envelopes us. To honour the message requires the journey of iman and the remembrance of death. We are temporary residents on this earth, a mere traveller and are headed towards the hereafter. What awaits for us in akhirah is determined by the choices we make today.

Our material life is a necessity, but it is to complement our journey to the hereafter, and not the main purpose of our existence. Any long hope is an illusion, because no one is here to stay for good. Our lifespan will pass like the blink of an eye. There is nothing wrong to pursue excellence in dunia, but we should primarily aim to excel for akhirah. Our days are numbered, and we do not know when the sands of time will run out on us.

10 thoughts on “Controlling your Anger”